While Apple’s iPad is still one of the best-selling gadgets in history, there are others out there looking to take the crown. For one thing, Android has risen up to deliver some great tablets and for another, Windows has entered the tablet arena as well. That means that there are more options out there for those looking beyond the iPad. There’s a world of tablets out there and it can be confusing. Here, we’re going to go over the top 5 alternatives to Apple’s iPad. 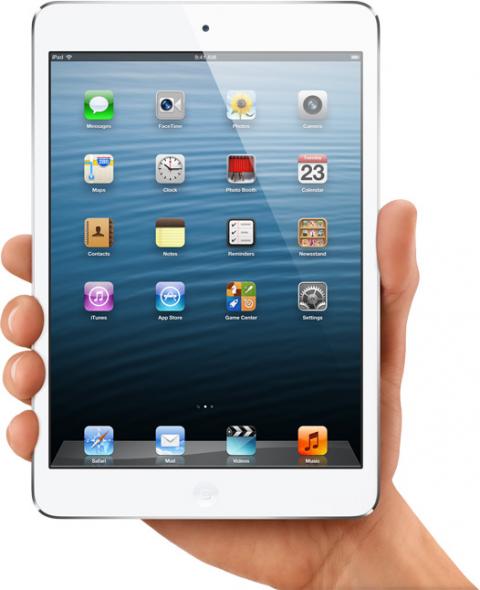 Imagine a tablet that had the same sort of power as a laptop. Well, that’s exactly what you’re getting with the Surface Pro from Microsoft. It’s a good-looking machine with some excellent hardware to boot. Running on Windows 8, it’s great for touchscreen apps but, if you set it up on a desk or table you almost end up with a computer. It is quite pricey however and if you don’t like Windows 8 then you should steer clear of the Surface Pro. For those that are used to Microsoft Windows though, this is a great option.

The Nexus 10 was released last year and is Google’s flag-bearer for Android on tablets. Not only is it available directly from Google’s Play Store at a great price but, it’s got some of the best hardware in a tablet. If you think the iPad’s Retina Display is good, get a load of this: the Nexus 10 has a display resolution of 2560 x 1600. That makes for a stunning Android tablet that’s built by Samsung and will always run the latest version of Android. It’s just a shame that there aren’t too many tablet apps for Android that take advantage of the stunning display here.

If you’re looking for a more standard tablet, the Xperia Tablet Z from Sony is a brilliant option. It’s much like any other 10-inch Android tablet but, it has some serious style. With glass on the front and back, it’s one sleek tablet that has a few tricks up its sleeve. It’s got a Full HD display that’s perfect for movies and it’s even waterproof, you can get the device wet and it’ll never complain. This makes it a great tablet for outdoor workers, like construction. It’s available directly from Sony and while it’s a little pricey, it’s certainly worth it.

Samsung has quickly become one of the most popular technology brands around and their Galaxy S4 smartphone seems to be everywhere. Their latest attack on Apple’s iPad is the Note 8.0, a tablet that features true pen-input thanks to the S-Pen. This allows you to take notes just like you would on pen and paper. It’s got a great display, it’s quick and it’s portable at 8-inches.

Not only is the Nexus 7 one of the best value-for-money tablets you can buy, it’s also the best 7-inch tablet on the market. If you’re looking for something in between the iPad and your laptop, don’t look to the iPad Mini just get a Nexus 7. With a Full HD display in 7-inches this has more pixels-per-inch of any tablet and it’s got some serious performance as well. At just $230 for a high-end tablet from Google, what more could you ask for?

Previous: The 7 Best Apps for Your Tween Daughter
Next: How to Choose the Right Technology Gift for Your Teenager