This week in Barcelona, Spain, Samsung took to the stage during Mobile World Congress to announce its latest and greatest, the Galaxy S5. Anyone with even the most remote interest in the mobile industry will know that Samsung is doing great right now, selling more smartphones than pretty much everyone else, including Apple. As such, the spotlight has been on Samsung for a few months to see what its next move is, whether or not it’ll be good enough to compete with Apple’s iPhone 5S, and how well it’ll hold up for the rest of the year.

The Korean giant announced the Galaxy S5 – along with other products – to much fanfare; however, throughout social media, fans weren’t impressed. The Galaxy S5 features a 5.1-inch Super AMOLED display, a quad-core Snapdragon 801 CPU, a vastly improved camera, a fingerprint sensor, a heart rate monitor and more. So why aren’t people impressed with this latest Galaxy S from Samsung? Simple: It’s more of the same. 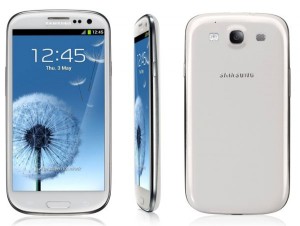 It’s What’s on the Outside That Counts

As Apple has taught us with the iPhone and iPad, the spec sheet doesn’t really matter, not if the device itself isn’t good-looking. The Galaxy S5 has some great features, but Samsung’s design team really dropped the ball. Not only does it feature the same design aspects as the Galaxy S4 (itself modelled on the now two-year old Galaxy S III), but it also has a strange dotted pattern on the rear, something that countless people have been likening to a band-aid ever since Samsung announced the device on social media.

With the Galaxy Note 3 and the faux-leather look, we thought that Samsung was getting ready to inject a little elegance into its devices. The Galaxy S5 however, is a massive step back in terms of look and feel.

The New Features Are Being Overlooked by Consumers

It’s super-early for the Galaxy S5 just yet, as the device doesn’t hit shelves until April, but already people aren’t paying attention to the things Samsung wants them to. Inside of the latest smartphone is a whole new array of quality features, such as a greatly improved 16-megapixel camera and a heart rate monitor. It’s also got an IP67 certification that makes it water-resistant and more rugged than your average smartphone. All of that makes it perfect for construction engineers, lifeguards and anyone else whose phone might find peril in their working environments. It’s fast enough to be able to keep in touch with construction workers and you won’t have to worry about getting it wet around the house or when spending time with the kids.

The heart rate monitor and fingerprint sensor look great on paper, but they’re already being written off as gimmicks by many. After all, how many people are really going to use a heart rate monitor on a smartphone? There’s lots of software features inside of the device as well, but many of these are too convoluted for the everyday consumer and many won’t ever use them.

The Fingerprint Sensor Feels Like a “Me Too” Addition

When Apple announced the iPhone 5S with TouchID and a fingerprint reader built into the home button, it seemed like Apple had gotten it right. Now, though, Samsung has simply taken the same approach and used it in its Galaxy S5. The phone has a fingerprint sensor in exactly the same place; we can’t imagine that Apple’s legal team is too happy with that. Moreover, consumers looking for a new smartphone will simply think that Samsung has copied yet another feature from Apple. That’s never good and it could potentially hurt Samsung’s fairly decent reputation.

As of right now, it doesn’t have much purpose, either. You can lock away certain files and images using your finger and use it to unlock the device, but that’s about it. There’s nothing too revolutionary here and it’s nothing more than a more convenient password.

All in all, the Galaxy S5 is a device that seems held back by Samsung, held back out of fear to try something new. The industry has criticized Apple for the same sort of thing for years, but now that Samsung is doing the same thing it has us thinking who will be next to truly innovate? Both Sony and LG are making strong appearances in the mobile realm, and the Galaxy S5 might not be enough to hold competitors back. Samsung will need their marketing more than ever with devices like the Xperia Z2 out there.

Previous: New JavaScript Widgets by Shield UI
Next: 4K is on its Way