The launch of HTC One has created much turmoil in the Smartphone revolution in 2013. When the other rivals were busy competing by increasing the mega pixels of the camera in the mobile phones, HTC took a different twist in this respect. It is not for the first time that HTC is not in the line of competition, but since its inception HTC has always worked on its own terms. Be it the matter of quality, features, specifications and price; it has always maintained it aloofness from the other mobile enterprises. The ultra sleek model HTC One for the first time dazzles the mobile market with its Ultra Pixel camera with three sensors of 4.7 mega pixels each. It has created such curiosity and desire among the people that HTC One price turns to be a secondary subject (features being primary). 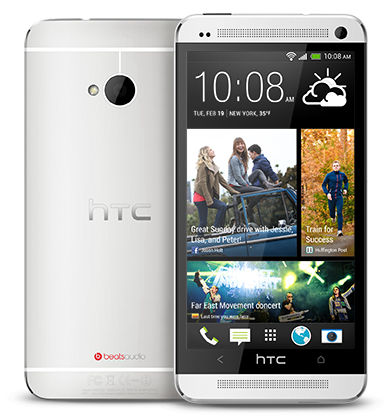 The 4.7 inch display with 1920 x 1080 pixels surrounded by the Ultra sleek model seems quite fascinating. It has super IPS LCD 3 capacitive touch screen. It also has 1.7 GHz quad core processor with 2GB RAM. The accommodation of fastest Snapdragon processor it marches ahead of the other phones in the similar segment. It is an Android Smartphone and runs on Android 4.1 jelly bean and is also upgradable to Android 4.2.2 key lime pie. As far as memory is concerned, the phone comes in the variant of 32 GB and 64 GB.

When we talk about connectivity; it supports quad band 2G, penta band 3G and all 4G LTE networks. You can access the internet through GPRS, EDGE, 3G, LTE and Wi-Fi network as well. You can connect the mobile with the devices like Micro USB 2.0, Bluetooth 4.0 and NFC technology too.

Smartphone have been the hot articles in the mobile market today. Nearly all the Smartphone have similar features. And here HTC One comes up with salient variations. Normally the cameras on mobile phone have one sensor whereas the camera of HTC One has three sensors. The HTC One camera can provide better quality and can surpass even the 12 megapixels camera in terms of quality.

So whether your camera is a fun for you or the internet your integral part; there is almost everything in HTC One.  Those enjoying the video calling can have immense joy. The 2 megapixels front camera is more than you desire. HTC One comes up in the market with such variance and features that HTC One price becomes secondary to the mobile.

Previous: Blackberry Z10 Reviews: Tacit Agreement of Rivals
Next: Ways to maximize the use of finance apps for ipad/iphone