Gadgets to Look Out For this Christmas

Tech geeks share a rather special affiliation with Christmas. In essence, the festive period gives us the opportunity, or ‘excuse’ to be more precise, to buy an overload of gadgets and put our hefty spending under the understanding category of ‘Christmas Shopping’. This year will be no different, and come December a large portion of us will undoubtedly be in and out of tech stores in search for suitable gadgets. Here are five of the best we’re expecting this Christmas.

The main thing tech consumers anticipate upon acquiring a new device is the susceptibility to being ‘wowed’. This is all we ask for, all we live for and all we dream about. Out this December, HTC’s Droid DNA will surely hold such awe-inspiring capabilities, thanks to what will be the best and most magnificent screen on the mobile market.

The smartphone/tablet will boast a 5-inched Super LCD 3 screen that’ll display imagery in 1080 x 1920, with a 440ppi density. That’s the equivalent of a 1080p TV and with the iPhone’s retina display holding a ppi density of just 326ppi and Samsung’s Galaxy Note 2 only at 267ppi; it’s fair to say the Droid DNA will crush the screens of all competitors.

The Droid DNA will also of course have 4G, as well as Android Jelly Bean, although it will disappointingly be version 4.1 however, rather than 4.2.

While this may just be rumours and speculation, we’re expecting an 8-megapixel camera with 1080p HD video shooting capabilities, 16GB for storage and the reliable Qualcomm Snapdragon S4 for a processor.

Tech geeks are also attracted to the unique and surprising. There are few better feelings than experiencing a gadget do things you never deemed it capable of doing.

The MK802 III Mini PC holds this quality. The mere size of a USB stick, this device is a mini PC with an astonishingly powerful processor (ARM Cortex-A9 dual core), Android 4.1 Jelly Bean for its OS and 1GB of RAM.

The minicomputer’s A10 processor is able to run either Android or Linux, holds 1080p HD video playback abilities and is available for £65 with 8GB worth of storage memory.

Some rather shrewd tech geeks wait to do their shopping after the Christmas period, for it is then that prices will rocket downwards. Such a move is canny and understandable given the high prices charged by the very best new technologies, in miscorrelation with the current economic climate.

Such people will undoubtedly see the Samsung Galaxy S3 as the primary sales target for it is the release of the year.

The number one selling phone of 2012 has dethroned the iPhone and risen at a rate that even the iPhone 5’s release couldn’t halt. Expect it to continue its market domination into the New Year. 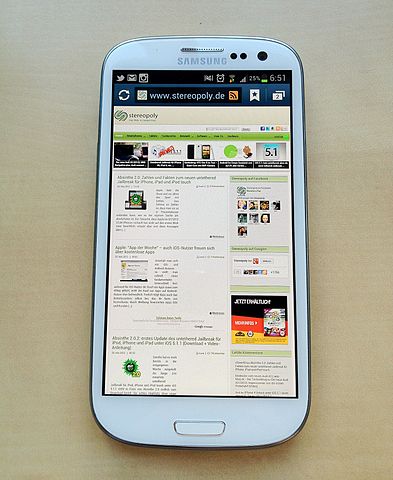 Marcus Winter is a British freelance writer and technology enthusiast!